The Chicago chapter of the National Investor Relations Institute (NIRI Chicago) is one of NIRI's largest, with members located primarily in the Chicago area and wider Midwest. The challenge: demonstrate the value of membership to its far-flung members, many of whom do not travel to downtown Chicago for monthly meetings. Maryellen Thielen recruited design firms to redesign the website, newsletter and event emails to boost meeting attendance, showcase sponsors and enhance branding, contributing to increased sponsorship funding and the achievement of membership goals. She also launched the first NIRI app; expanded chapter branding to include annual program year banners and marketing materials for the chapter’s flagship event, the IR Workshop; recruited volunteer writers and initiated original content to promote events, foster member engagement and further differentiate NIRI-Chicago from other professional organizations.

Horace Mann is a company that has been dedicated to serving educators for more than 75 years -- providing unique insights as "the voice of educators." Maryellen Thielen worked with the Horace Mann team to draft a series of white papers based on surveys of educators, including Closing the Learning Gap: How Frontline Educators Want to Address Lost Learning Due to COVID-19 and The Educator's 'GI Bill' - How Administrators Can Attract and Retain Teachers Through Student Loan Forgiveness Support. The white papers received significant media attention (e.g., CNBC) and are fueling conversations between educators, school administrators and Horace Mann agents. 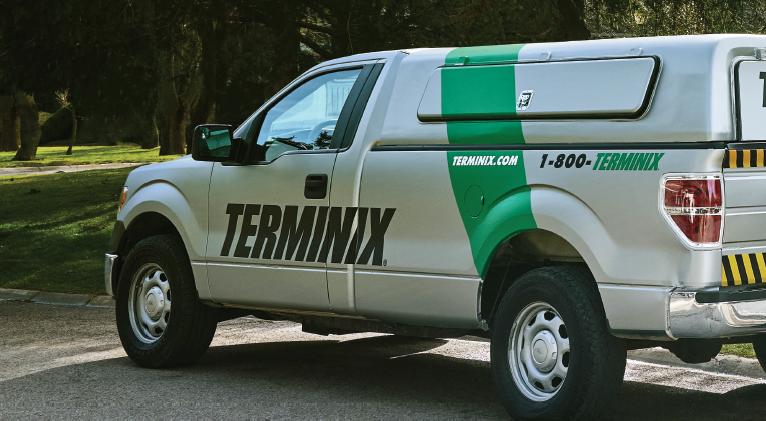 In 2020, Terminix adopted a singular focus on pest management by completing the sale of ServiceMaster Brands, using the proceeds to reduce net debt leverage and improve its ability to invest resources into strategic initiatives. Terminix Global Holdings (NYSE: TMX) formally introduced itself to stakeholders via its 2020 annual report and sustainability report and expanded the story in its 2021 sustainability report and 10-K wrap as written and edited by Maryellen Thielen.

Horace Mann sees its commitment to corporate social responsibility as a natural extension of its mission to serve educators, who shape the lives of students in schools all over the country. Maryellen Thielen worked with the client to uncover compelling stories about Horace Mann's environmental, social and governance (ESG) commitment, which included adding SASB-related disclosures in the company's 2018-2019 CSR report and expanded GRI reporting in its 2017 CSR report. The 2017 report received a Silver Award in the insurance category from the League of American Communications Professionals (LACP) and was ranked 53 overall in LACP's Global Top 100 for 2017-2018, based on comparison with entries from more than two dozen countries. Maryellen Thielen worked with the client to further expand content in the (now fully online) 2021 report.

In May 2011, The Allstate Corporation faced a less-than-favorable annual meeting vote outcome. The margin of approval was as low as the 50th percentile for the re-election of some directors, and a majority of votes were cast in favor of several shareholder proposals but against the Allstate board's recommendations. (Case study.) Over the next five years, Maryellen Thielen worked with Allstate colleagues and outside consultants on communications to help turn around subsequent years’ annual meeting votes and investor opinion as measured through annual perception studies. Actions included:

As global cyberattacks have been increasingly in the news, companies large and small are paying extra attention to cybersecurity risk. Essendant, a leading national wholesale distributor of workplace essentials, rewrote its cybersecurity incident response policy with help from an outside consultant, only to realize that no one in-house had the expertise to develop an associated crisis communications plan. Forest Glen Communications worked with the company’s cross-functional Information Security Committee to further define the conditions under which a cybersecurity “incident” can escalate into a “crisis,” then developed a one-page graphic summarizing the crisis response and communications process, along with template communications for key stakeholder groups in the event of five types of cybersecurity crisis scenarios: malware/virus outbreak, ransomware, data breach, denial of service and insider threat. 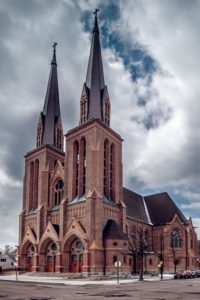 St. Paul Federal was founded in a church basement in 1889 to help parishioners save for homes, and became a trusted banker in its communities -- but faced far more skepticism as a public company. (Photo courtesy of St. Paul Catholic Church, Chicago.)

Reshaping Opinion in the Face of Active Opposition

At the time, St. Paul Bancorp was Chicago’s largest independent savings and loan (S&L), with more than 50 branch locations. However, the company had been plagued by doubts since it went public through demutualization some eight years earlier. Wall Street and many shareholders – former and current customers and employees – expected St. Paul to be acquired as part of an ongoing wave of S&L consolidation. In fact, a prominent financial reporter published rumors of takeover talks at least once a year, benefiting short sellers of SPBC stock. To help reshape opinion in the face of this active opposition, we focused on three areas: